Natural light plays a big role in people’s lives, both psychologically and physiologically. A growing body of research underscores how natural lighting—or lack thereof—affects our health, cognition, and happiness.

For most of human history, sunlight, moonlight, and the glow of fire were the only sources of light available. With the advent of electricity in the 19th century and the rise of screens in recent decades, our relationship to natural light has changed drastically. Our bodies and brains have evolved to respond to sunlight in a variety of ways, many of which are disrupted by electric lighting driving away nighttime darkness and the omnipresent glare of screens replacing time under the sun.

Sunlight plays a role in our metabolism and affects our endocrine system. It sets the rhythms of our internal clocks, which influences metabolism and almost all other cellular processes. It alters our alertness and ability to fall asleep and stay asleep. Many workers are familiar with the sensation of missing the sun, especially if they work in buildings with no windows, poor natural lighting, or blinds or curtains that diminish the sun’s rays. Missing out on natural light impacts us in many ways, including our ability to work. What’s more, there’s no replacing real natural light: The qualities of sunlight cannot be substituted with synthetic lighting.

Here is a list of five key ways natural light makes us better workers based on scholarly articles and peer-reviewed research—such as the EVOLV Study. Read on to discover the hugely important role natural light plays, from our ability to make good decisions to getting a good night’s sleep, and learn about the steps you can take to increase the amount of natural light you receive each day to up your productivity. 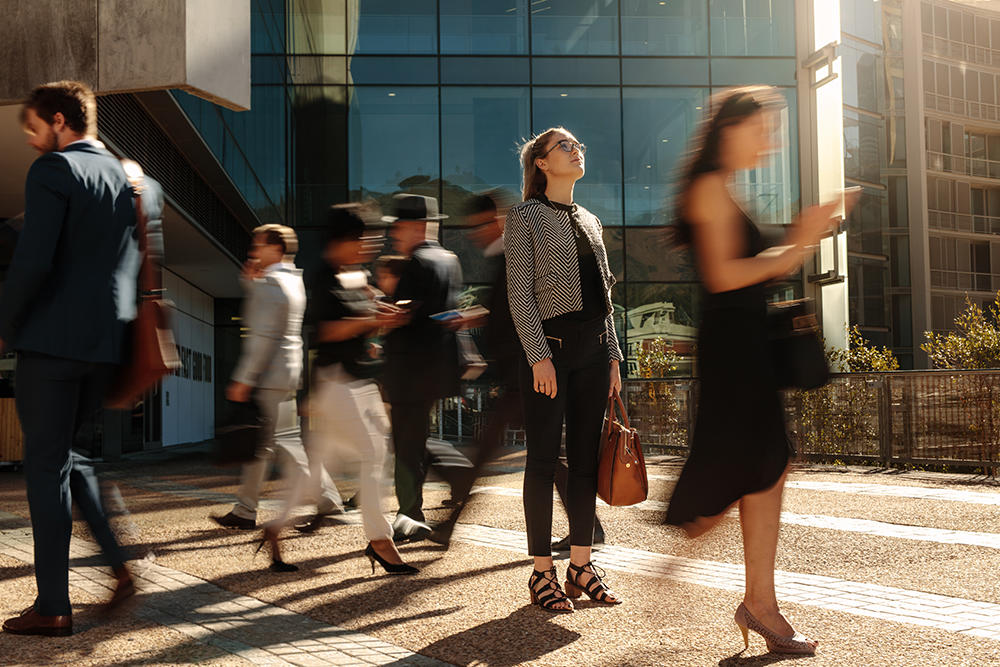 Natural lighting plays a role in cognition and mood

The effect natural light has on our body’s circadian rhythm, hormones, and vitamin D creation enhances brain activity like learning, cognition, mood, and attitude. One study by the University of Illinois and SUNY Upstate Medical University compared cognitive outcomes on two groups working in an office setting, one where traditional blinds decreased the amount of natural light, the other where electrochromic windows from View Inc. let in more sunlight while tinting to control glare. The group with smart windows slept 37 minutes longer than the group working with blinds on the windows, and also scored 42% higher on cognitive tests around decision-making. The researchers found that smart windows have the potential to generate $352B in increased productivity in the US alone, equivalent to 1.7% of the total GDP.

Studies have also demonstrated light influences health, well-being, alertness, and sleep quality. Natural light affects circadian rhythm, which dictates memory and attention. Numerous studies show that when workers are exposed to natural light in office buildings, their sleep quality improves, leading to the many benefits associated with a better night’s sleep. The improvements in sleep from better daylight may explain the significant increase in productivity. 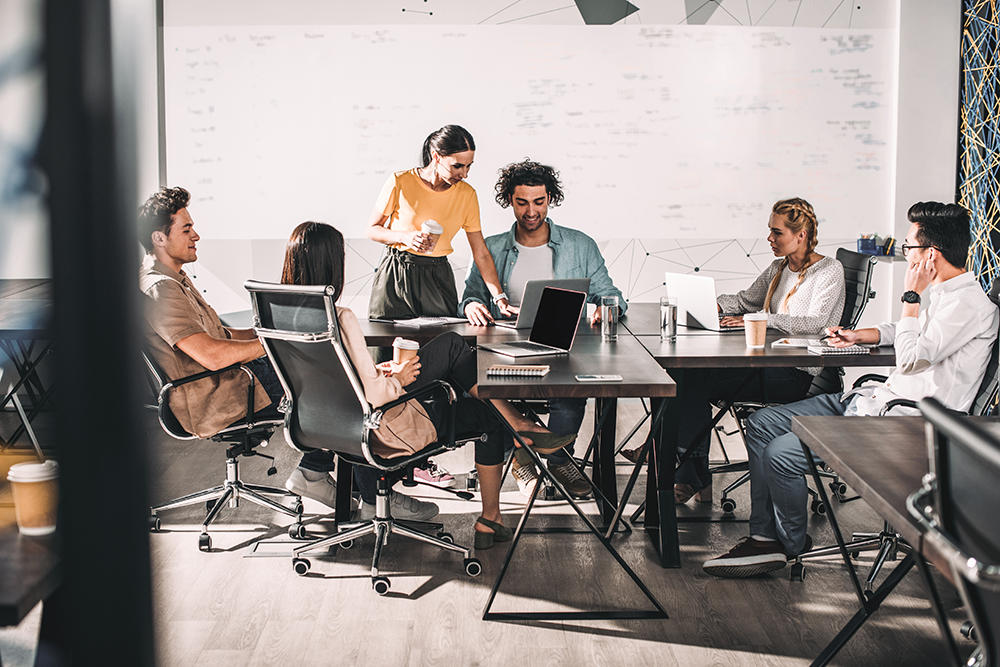 Exposure to sunlight not only improves mood and sleep, it also reduces eyestrain. In today’s modern world, we are exposed to short wavelength blue light from computers and phones at all hours of the day, including in the evening when this light disrupts our internal clock and makes it harder to sleep. The unsurprising results of one study demonstrates decreased sleepiness when exposed to the blue light from screens during the body’s “biological night,” the time our bodies anticipate and are prepared for sleep.

Sitting near a window helps in two ways: 1) daylight exposes us to blue light when our body needs it for alertness during the day, and 2) views—especially long distance ones—reduce eyestrain by letting the muscles in the eye relax on a long-distance focal point. That’s why the American Optometric Association recommends the 20-20-20 rule: Every 20 minutes look in excess of 20 feet for at least 20 seconds. Yet some workers are likely familiar with the disadvantage of a window seat when the sun is directly in their eyes or the heat is uncomfortable. A study found that electrochromic glass from View Inc. allows workers to get both the benefit of natural light and views while reducing glare and heat. 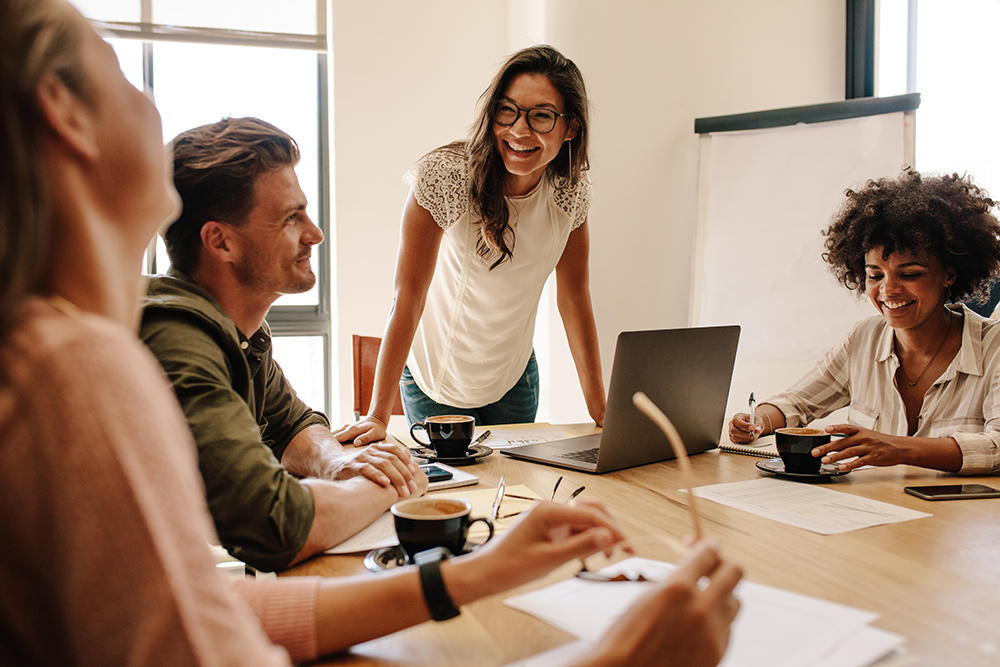 There’s a reason corner offices are status markers and seats near windows are preferred among office workers. Looking through windows is psychologically beneficial, bringing us into contact with the outside world as well as getting the natural lighting of sunshine in our eyes. Architecture studies of office and school buildings highlight the importance of allowing daylight in, which not only provides a lighting source but improves the mood of people in the building.

With the rise of working from home, workers should be mindful of the need to sit near windows, in addition to getting sun in the morning and afternoon. Taking walks, eating lunch outside, and taking work phone calls under the sun can result in a wide range of beneficial effects on our bodies and minds. 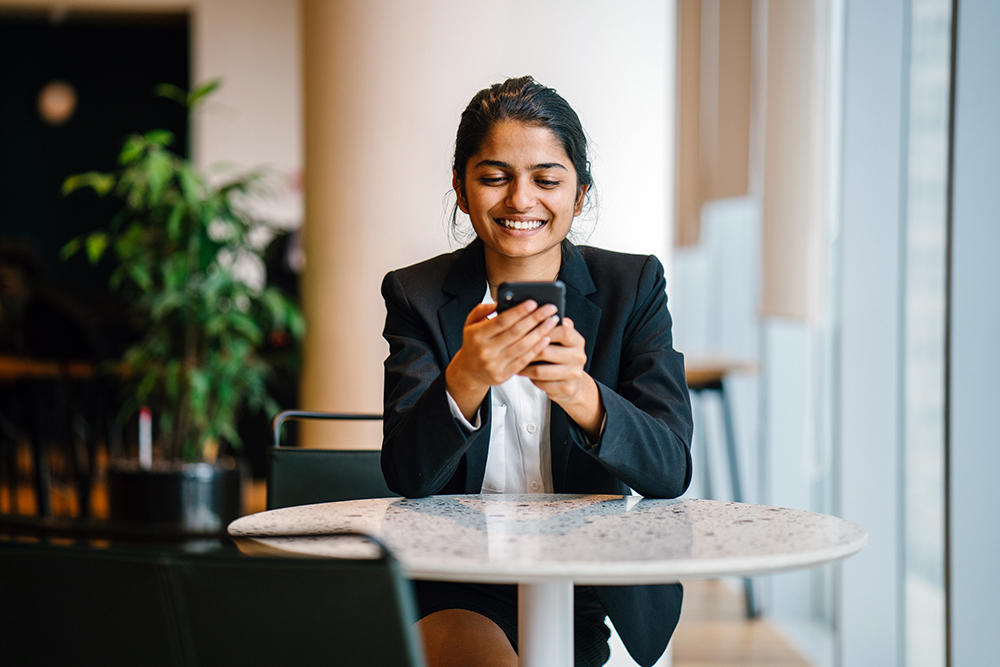 Numerous studies over decades have demonstrated the importance of Vitamin D. It is present in very few foods (cod liver oil, fortified milk and cereal, uncooked white mushrooms grown in sunlight, and some fatty fish), making sunlight the most important source for Vitamin D production—by one study, it accounts for more than 90% for most people. Despite its importance, vitamin D deficiency is “an ignored epidemic.” One study found more than 1 billion people worldwide are vitamin D deficient or insufficient. Deficiency causes a range of issues, most notably poor calcium absorption, as the body can only take in calcium when there is vitamin D. Without enough calcium, bones become brittle and soft. Vitamin D also regulates some cellular functions and supports muscle function and immune health. More recently, a large multi-decade investigation of over 90,000 women found Vitamin D deficiency to be associated with colorectal cancer.

Vitamin D is one of the attributes that makes the light spectrum in sunlight different from electric lighting. Vitamin D can only be generated through our skin via sunlight—no artificial lighting does the same. That means exposure to natural light is critical. Going outside to get direct sunlight is the best way to boost Vitamin D. The author of the aforementioned study recommends spending 15 to 20 minutes every day in the sunshine, with 40% of the body exposed.

And sunscreen? Some have voiced concern that everyday application of sunscreen can hinder Vitamin D absorption through the skin. However, a meta-analysis found there is “little evidence that sunscreen decreases [vitamin D] concentration when used in real-life settings, suggesting that concerns about vitamin D should not negate skin cancer prevention advice.” The authors did acknowledge that further study is needed on high SPF sunscreen and its effect on Vitamin D. 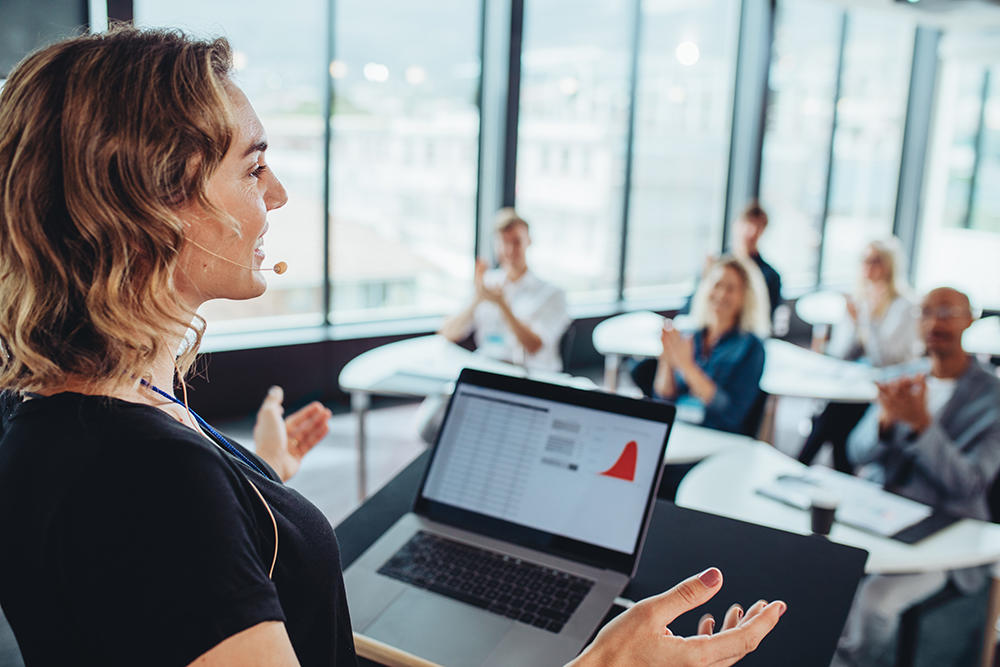 Metabolism and the endocrine system are affected by natural light

In addition to vitamin D, natural light also affects our bodies through our vision system. Our eyes relay not just visual content to the brain, but also the color of light that it is perceiving. The brain then regulates the release of hormones associated with our circadian system. Sunlight—and when we get it—is key in synchronizing circadian rhythms, which in turn helps set blood circulation, metabolism, and hormone levels. This is why experts recommend getting sunlight in the morning: It sends the right signals to the brain, calibrating that internal clock and resulting in a better night’s sleep, among other benefits like lower levels of depression and stress—all factors that contribute to our ability to be productive during the day.

It’s also something that can’t be replicated with artificial lighting. Our brains are too sensitive to the differences. Our bodies can tell the difference between morning sunlight (which has a short wavelength spectrum) and afternoon sunlight (which has a longer wavelength), and the timing, color and intensity of light influence people’s bodies differently. Dr. Mariana Figueiro, who studied this phenomenon, says even sunlight through windows can help: “Brighter days make for better nights. Look out a window, seek light during the day, especially during the morning, go out during lunch time.”