Independent Financial’s new six story building is in the new Craig Ranch development in McKinney, Texas. The CEO David Brooks, shared in his comments during the grand opening, that this new headquarters building embodies his vision to make the best possible work environment for employees – and every decision was influenced by this guiding principle. He stated that the View Dynamic Glass windows have had the biggest impact compared to any other component of the building. View Smart Windows, free from blinds or shades, provide sweeping floor-to-ceiling views for everybody in the building. They also allow an optimal amount of natural light into workspaces, without unwanted heat or glare. 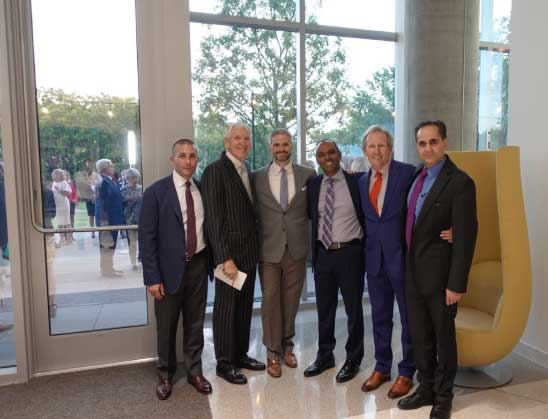 Listening to the crowd touring the office spaces, it was hard not to hear the excitement of the employees and attendees. When asked what they loved most about the building, individuals most often pointed to the smart windows, and the natural light and views. According to the mayor of McKinney, George Fuller, Independent Financial has “raised the bar” for the city of McKinney, and the broader Dallas metroplex. Mr. Brooks shared with the crowd that when an investor saw the building, he remarked that he’d never realized that a building could so vastly energize a team of people.

Awarded in 2014 as one of the Healthiest Employers in both North and Central Texas, Independent Financial is one of the forerunners in understanding how great building environments improve the health, wellbeing, and productivity of the people inside. With approximately 1500 employees and a presence from the Gulf Coast of Texas to the Colorado Front Range, they know they need to compete for talent and feel this new HQ building will assist in that goal.