What Can We Learn from the Great Horse Manure Crisis of 1894?

On Earth Day, New York City launched a plan to significantly curb buildings’ greenhouse gas emissions, specifically targeting the glass skyscrapers that have transformed the Manhattan skyline. The City enacted a law requiring large buildings to reduce their emissions or face millions of dollars in annual fines. This will drive renovations on a scale never before seen. And Mayor de Blasio wants to go even further; he said “We are going to introduce legislation to ban the glass and steel skyscrapers that have contributed so much to global warming. They have no place in our city or on our Earth anymore.”

I have some thoughts about this as the CEO of View, a technology company that is transforming buildings to improve people’s health and wellness, while simultaneously reducing energy consumption. 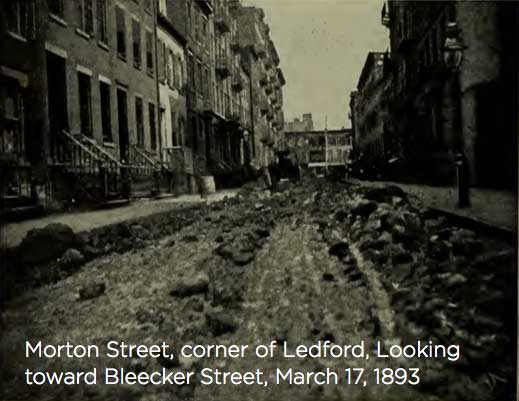 First, some history. In the late 1800s, many of the world’s great cities such as London and New York were experiencing a major crisis. New York City was home to more than 150,000 horses that pulled carriages and streetcars. Every year, the horses produced more than 100,000 tons of manure. It piled up in the streets, it stunk, and it became a major environmental and health crisis.

The issue led to the first ever International Urban Planning Conference in New York, but it disbanded without finding a solution. Meanwhile, inventors and entrepreneurs were building the automobile, which replaced horses completely, and solved the problem much faster and better than anyone imagined.

Now, to the current glass building crisis. We spend 90% of our time inside buildings. From a historical perspective, this is a relatively new thing. Humans used to be a completely outdoor species. This wasn’t always good for us. Sometimes, the outdoors were too hot or too cold. Sometimes, we were battered by rain and wind. Sometimes, animals tried to eat us. To protect ourselves, we created shelters.

Modern society has erected walls between humans and the outdoors. We’ve replaced the sun’s natural light with artificial lighting, the sound of the wind and the rustle of leaves with the hum of electricity and the tapping of keyboards. But we’re still the same species. When we get disconnected from the outdoors, we go crazy. There is a lot of science to prove this.

As a materials scientist, I find glass to be magical. It provides shelter and protection, but we can still see through it and connect to the outdoors. When we walk into a space with a lot of windows and daylight it just feels good. This is why today’s buildings use as much glass as possible.

I can appreciate that many environmentalists see glass as the enemy. Glass skyscrapers can be incredibly inefficient. These buildings trap heat like a greenhouse. And they use big air conditioning systems to pull all that heat out. The more glass you design with, the bigger this issue.

And the worst part about traditional glass is that people still aren’t connected to the outdoors because blinds block the views. In 2013, the Urban Green Council released a study showing that 59% of the window area in New York City is covered by blinds.

So where do we go from here? Just as we didn’t get to the car by making a better horse, incremental solutions such as smaller windows, fritted glass or motorized shades aren’t the real answer.

There’s a better way – windows that automatically change their tint, eliminate shades entirely while keeping floor to ceiling glass, and maintain views and connection 100% of the time. Smart glass works to transform both the energy consumption of buildings and the quality of life of the people that live and work inside them.

Smart glass improves a building’s energy efficiency by up to 20% and helps downsize heating and cooling systems. Moreover, with smart glass, people can work comfortably while sitting close to the windows, increasing the tenant’s usable space, resulting in a significantly lower environmental footprint per person. From an environmental perspective, the most sustainable building is one that doesn’t get built in the first place. What if we can eliminate the need for one out of ten buildings?

A recent study by Alan Hedge, a professor in the Department of Design and Environmental Analysis at Cornell University, showed that smart glass reduces people’s eye strain by 51%, headaches by 63%, and drowsiness by 56% - dramatically increasing employee health and productivity.

Ultimately, buildings are not pieces of art to look at from afar. They exist for people to inhabit, live better lives, and produce goods and services that serve the larger society. Instead of looking at the environmental footprint per square foot of the building, we should be looking at the environmental footprint per unit of output – the value humans are able to create.

Smart windows aren't just an idea. Over a decade of development and $2 billion of investment later, View Smart Windows are in 500 buildings totaling 50 million square feet of space, growing very rapidly. Just in New York, our smart windows are being installed in buildings owned by The Durst Organization, GFP Real Estate, Regeneron Pharmaceuticals in Tarrytown, Tompkins Financial in Ithaca, and the Delta Terminal at LaGuardia to name a few.

Too often, humans attribute change to a sense of loss. But we can drive change so that it works better for everyone. This has happened over and over again throughout human history.

We have a unique opportunity to improve people’s quality of life while also benefiting the environment. I would be happy to join the dialogue with the mayor and the real estate community about how we can achieve this ambitious goal.