From the upper floors of the Lake Union Building in downtown Seattle, residents can look out their windows and watch the yachts and sailboats on Elliott Bay. At least, they can now.

The office space was built in the 1970s and for almost 50 years, its tenants suffered the consequences of its traditional glass windows. As soon as the sun came out, they turned the blinds down, blocking the picturesque view of the Seattle Waterfront. They waged an endless battle with the thermostat.

In 2015, Henbart LLC, which owns the Lake Union Building, wanted to upgrade and modernize it, so they could compete with the booming tech sector that dominates the area. And so, in 2015, it decided to replace its traditional glass windows with smart windows from View.

“Choosing a window that spoke to innovation, to creativity, to technology, and also allowed a connection to the outdoor natural environment and to the lake was hugely important in that decision making,” said Brett Phillips, the director of sustainability for UNICO Properties, which helped renovate the Lake Union Buildings. “This glass is transformative. It’s the future.”

Apart from achieving significant energy savings (not to mention ending the thermostat wars), Henbert LLC saw an unexpected benefit to replacing the windows with View Smart Windows: it increased its asking rent for the Lake Union building by 16% and generated an extra $450,000 a year in income.

For so long, landlords paid little attention to a building’s wellness amenities. Location was more important they argued. And given the current crunch for real estate, why should they worry about vacancy? A growing body of research suggests installing windows that bring in more natural light can provide a significant financial boost. In buildings that feature smart windows, tenants sign on sooner, stay on longer, and are willing to pay more in rent.

A recent study by researchers at the MIT Center for Real Estate and Sustainable Design found that corporate tenants are willing to pay 6.1% more in rent for offices with abundant access to natural light. The researchers, who surveyed more than 5,000 office spaces in over 900 buildings in Manhattan, said that the presence of natural light in the workplace environment improves human health, wellbeing, and productivity.

Traditional windows amplify the sun’s energy like a greenhouse. Building occupants can only spend so much time near them before they start to feel uncomfortable. In 2013, the Urban Green Council released a report showing that 59% of the windows in New York City are permanently covered with blinds. “Architects, engineers, and developers should work together to discover ways to resolve energy and comfort issues while maintaining great views,” the authors of the study concluded.

Thankfully for architects and building designers today, traditional windows are no longer the only option. View has developed smart windows with built-in intelligence, allowing them to predictably change their tint based on cloud cover and the angle of the sun. This high-performance technology—a combination of durable nano coatings, intelligent controls, and machine learning software—blocks out heat and glare, optimizing comfort levels for occupants while giving them access to natural light and views of the outdoors.

Scientists have known for a long time that these things are important for our health and wellbeing. In the spring of 2018, employees for the Canada Lands Company in Toronto, Ontario moved from their old corporate offices, where the windows were outfitted with traditional manual blinds, to offices in the same building where the windows had been renovated with smart window technology. The move offered the chance for a natural experiment. View partnered with three major research institutions to complete a before-and-after survey of the employees’ health and wellbeing. 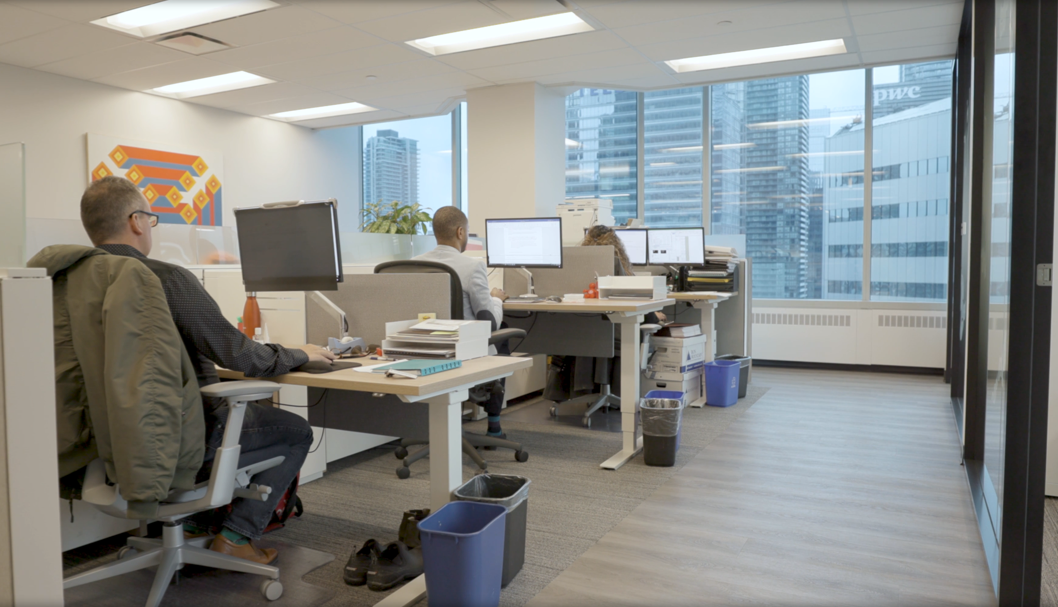 After moving into their new offices, Canada Lands employees reported significant reductions in eyestrain, headaches and drowsiness—findings consistent with a previous study on access to natural light. They also were 5 times more likely to rate their workplace as healthy, had 5 times more pride in their company, and were 3 times more excited to go to work than they were prior to the move.

“You can see the results,” said Matthew Tapscott, vice president of finance for the Canada Lands Company. “People have pride in the office. They are happy to come to work. You can feel that they’re more connected, they’re more motivated, and they’re healthier.”

As the fierce competition to attract and keep talent rages on, companies are realizing their offices are an untapped recruiting tool. Driven by their experiences outside of work, employees expect companies to design a workplace environment that supports their health and wellbeing. The built environment is now central to a company’s ability to retain employees. More than any other design element in the building envelope, smart window technology has been proven to increase employee satisfaction.

And that satisfaction translates into increased rents. After GFP Real Estate decided to transform an early 20th century warehouse in Brooklyn into an office building, the first thing its designers did was look out the warehouse’s windows. They saw a skyline of similar buildings, each with stunning views. But every time the sun was out, the shades in those buildings were down. “You have this great opportunity to look at something beautiful and dynamic,” said Eric Gural, the co-CEO of GFP. “Yet, you lose it on sunny days. And there are a lot of sunny days.”

Seeking to provide an “exclusive amenity” for its would-be renters, GFP Real Estate chose to install View Smart Windows in the building, now the N6 Lofts. Because of this choice, GFP has been able to charge rents 25% higher than the building’s neighbors—on par with prices in downtown Manhattan.

The N6 Lofts aren’t alone. Bolstered by this success, developers and architects throughout the country are designing buildings to include smart window technology—and reaping their rewards. By installing View in its Civica Cherry Creek Property, Schnitzer West achieved the highest weighted average rents in the Denver Market, 12% higher than comparable buildings. Churchill Hall, an office building in Durham, North Carolina, is charging rents 5% higher than the average Class A building in North Carolina’s Research Triangle.

“I think it would be a big mistake to build a building right now without this technology,” said Matt Winters, a vice president at Tri Properties, which owns Churchill Hall. 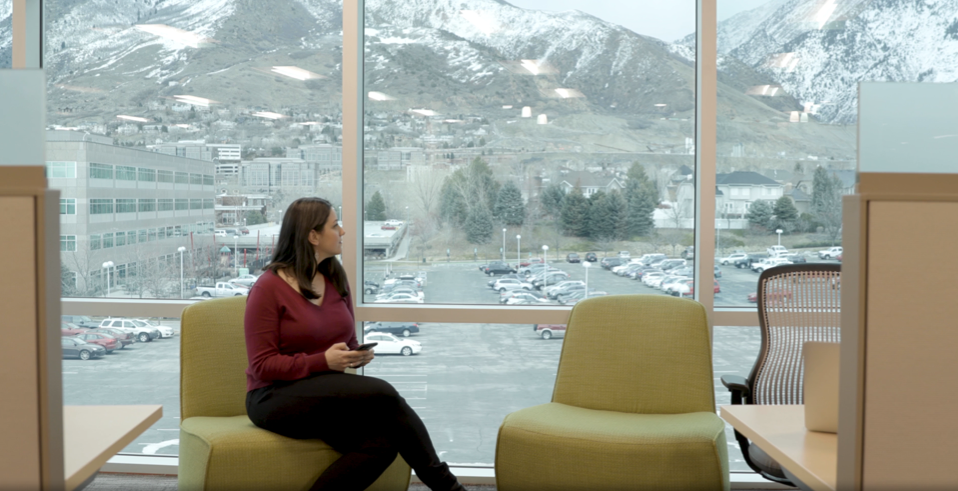 When it decided to embark on a second construction project next to its wildly successful office building in Cottonwood Heights, Utah, Cottonwood Partners chose an almost identical design. The new building, however, included just one change: instead of traditional glass, Cottonwood Partners installed View Smart Windows, which eliminated the need for shades and preserved the breathtaking views of the snow-capped Wasatch Mountains outside.

The results provide a poignant case study for developers unsure of whether or not they should choose View. The building, called Cornerstone II, leased up six months faster than Cornerstone I, and despite the fact that it was a 20-minute drive from Salt Lake City, Cottonwood Partners were able to charge rates similar to buildings downtown.

“We got the building leased very quickly, mostly before it was even complete,” said Jeff Gochnour, president of development at Cottonwood Partners. “We’d like to attribute that to View glass, in part. People love the design of these buildings.”